For its first edition last April, Sans titre (2016) exhibited the fantasized apartment of a young collector. A fictional character whose personality the visitor discovered by viewing his possessions. At the heart of the project Sans titre is the very idea of a collection housed in the intimacy of a private apartment, in direct contrast to the public dimension of a gallery. For this second opus, we endeavored to explore one of its oldest paradigms: the cabinet of curiosities.

Born in the 15th century, they constitute one of the first examples in human history of an accumulation of objects, whose purpose is not solely financial, of a votive character or an expression of power.

With the cabinets, the idea was that the representation of a lord’s good qualities as a man rested in his taste, his knowledge and his ability to surround himself with the best artists. Moreover, the cabinets reflected the diversity of the actors on the nascent art market. Not just the powerful, but also men of science and men of letters. These cabinets represented the fruits of exchanges from across Europe and illustrated the beginnings of an internationalization of ideas.

Throughout centuries, the cabinets were the subject of constantly renewed interest. This observation is eminently topical for a myriad of reasons, as a considerable number of recent exhibitions have been devoted to them. The role of collectors in the different art spheres is becoming more and more important, and the representations they present of themselves more and more overstated. They have huge museums erected that in turn help to construct and reinforce their hagiography. Luxury groups are building up impressive collections that serve to establish their fame and legitimacy in the same way the Italian princes of the Renaissance were arranging and exhibiting marvelous cabinets to reinforce theirs.

This renewed interest is also reflective of a revival of an iconological vision of art history, as was developed by Aby Warburg. This is not surprising in an ultra–connected world like ours, in which image databases are available to all in a few clicks and one can scroll endlessly through them. Aren’t the cabinets of curiosities the forerunners of such new habits, classifying the objects by type as we would do with a hash tag?

This second opus of Sans titre (2016) was thus conceived as a true cabinet of curiosities. On the one hand, in a literal interpretation of their encyclopedic nature, artworks, objects of curiosity, naturalia (stuffed animals and some other exotic plants) and antiques are mixed together.

On the other hand, in the manner of a mise en abyme, the artists whose works are on display have reinvested the themes that already characterized the 15th century collections: the representation of nature, the dichotomy between naturalia and artificialia, the manifestation of power linked to the possession of artwork, or even the monstrous and the strange. Each work exhibited at Sans titre could thus be viewed as the contemporary transposition of an object on display in the famous cabinet of the Emperor Rudolf II. 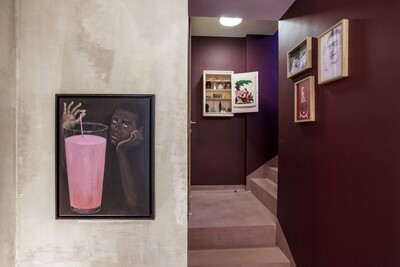 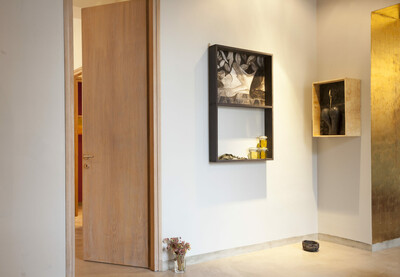 exhibition view with works by Robert Brambora and Hamish Pearch 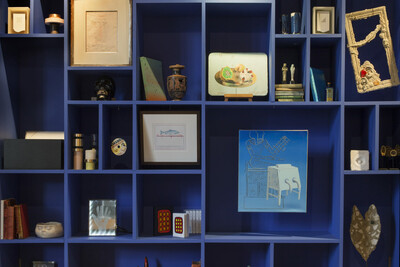 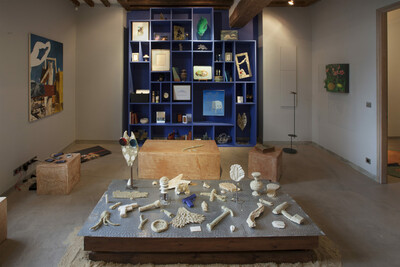 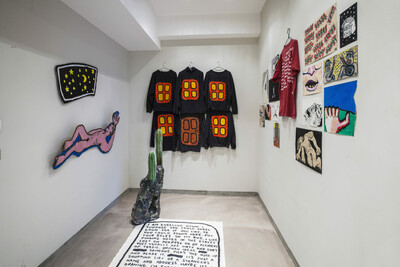 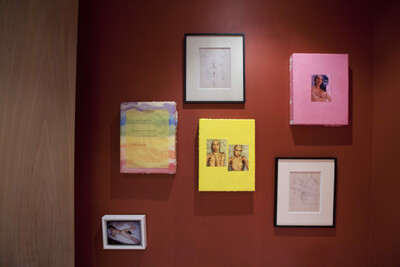