« The Benign Tumour »
a solo show by Tanja Nis-Hansen

Withdrawn from any traces of contemporary life, Tanja Nis-Hansen’s paintings present a scenery that reveals the painter’s sensibility towards what could be described as an unconventional synthesis of historical styles.

The artist holds a tremendous fascination for theatre and stage design, which in the paintings does not only surface through the inner logic of space on the canvas, but also through an all over “theatrical” mode of representation. Nis-Hansen’s works not only depict metaphorical narratives that portray interior conditions, but also demonstrate contemporary strategies in painting.

Looking at the elongated bodies, refined draperies and the psychedelic use of colors and patterns, the characters here seem to be “undead”. Like vampiric creatures, they carry the memory of passed times and styles. While resembling gothic portal figures tripping in a psychedelic dream they illustrate the quality of painting, bringing forth the most idiosyncratic artistic practices. Even though some of the figures possess four arms and auratic, flashy eyes their emotional expressions seem to be redirected from their own faces and bodies and straight into the eyes of the viewer, or to the compositional elements surrounding them. The characters themselves seem to be carried by a static tranquility, which at times evoke an uncanny feeling. Their latent rigidity is enhanced by their placement within the architectural settings and the continuous use of flat surfaces. One encounters figures pinched between folded surfaces and backgrounds, full of elegance and control. It seems that they are almost in need of holding their breaths and posture to retain the inner logic of the claustrophobic composition.

It is this fragile, transitory moment between inhaling and exhaling that unlocks the enigma of time and place depicted in the works. Similarly to the surrealists or artists of the new objectivism movement, Tanja Nis- Hansen creates dreamlike sequences which in the distortion of reality actually manage to conjure what in fact makes us hold our breath – a deep interior, that might hold all the feelings and things repressed and packed away.

Tanja Nis-Hansen (b. 1988, DK) lives and works in Berlin. She studied in Copenhagen and Vienna before achieving both her BFA (2016) and MFA (2018) at the Academy of Fine Arts, Hamburg under the supervision of professor Jutta Koether. She has had solo exhibitions at Sydhavn Station, Copenhagen (2019), at Come Over chez Malik’s, Hamburg (2017) and at the Golden Pudel Club, Hamburg (2015). Recent group exhibitions include SORT, Vienna (2019), Crum Heaven, Stockholm (2019), Rumpelstiltskin, New York (2018), Kunsthaus Hamburg (2018), Galleria Federico Vavassori, Milan (2018), Munchener Kammerspiele, Munich (2018), the Institut Kunst, Basel (2018) and Halle fur Kunst, Luneburg (2017). She was awarded a grant by the Danish Art Council in 2019, after being nominated for the Hamburger Arbeitsstipendium, the Hiscox Kunstpreis and the Schues Nachwuchsforrderung all in 2018. 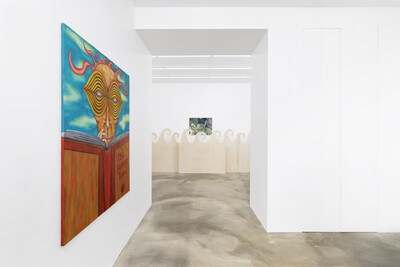 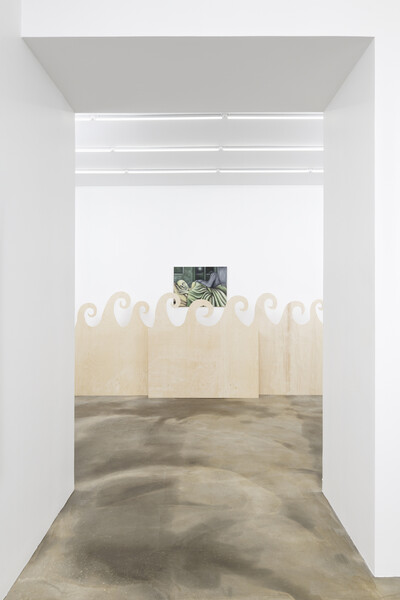 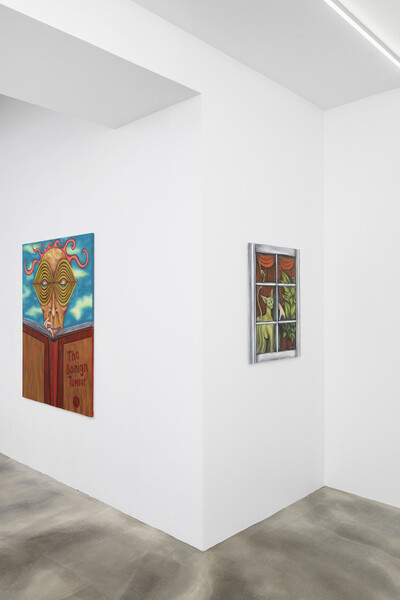 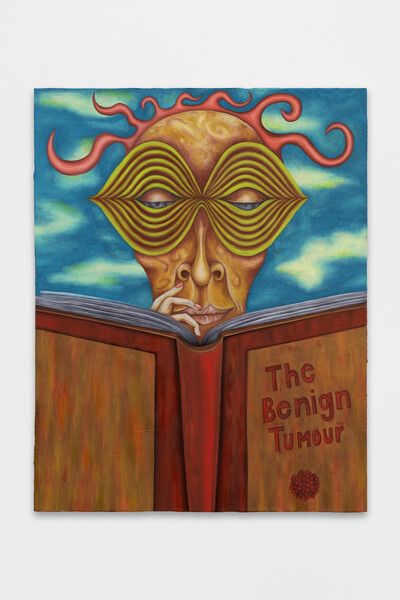 Tanja Nis-Hansen, Keep your eyes peeled, all of our histories are just stories, 2019, oil and graphite putty on canvas, 140 × 110 cm, unique 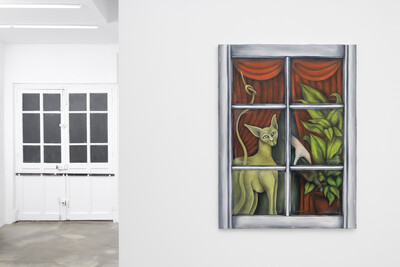 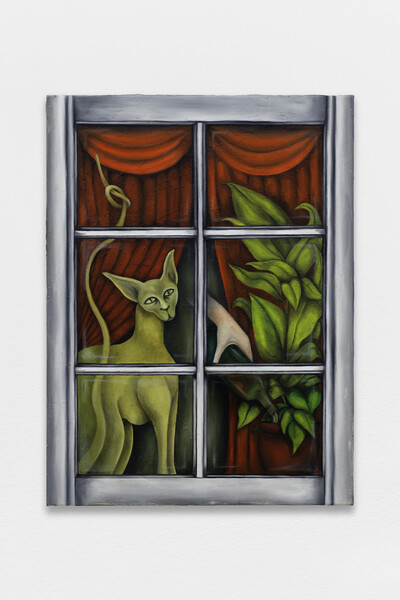 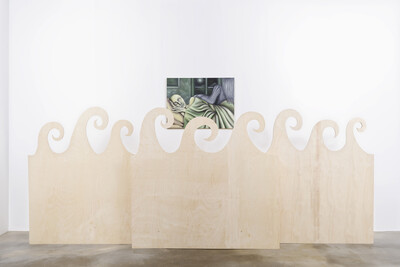 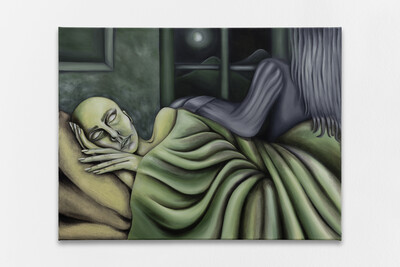 Tanja Nis-Hansen, Cat and fox deliberating on possible escape routes (or every night we practice how to die), 2019, oil on canvas, 60 × 80 cm, unique 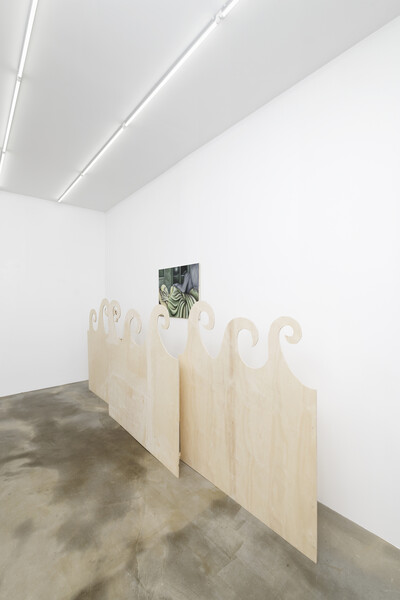 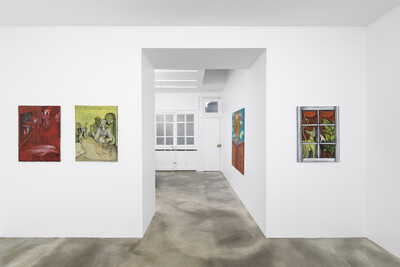 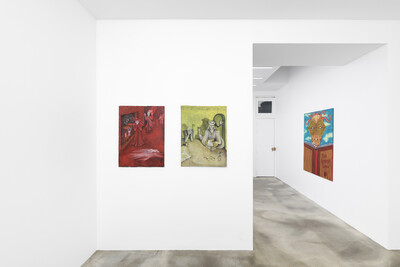 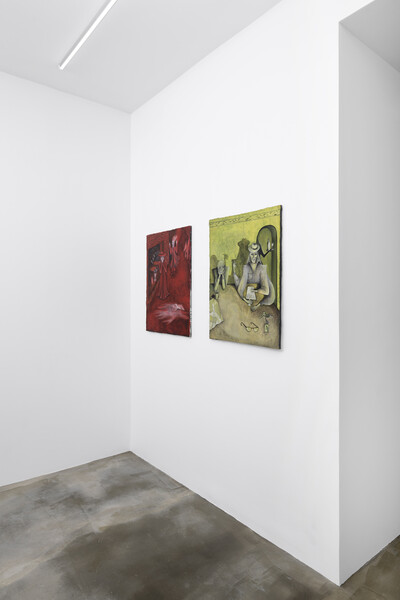 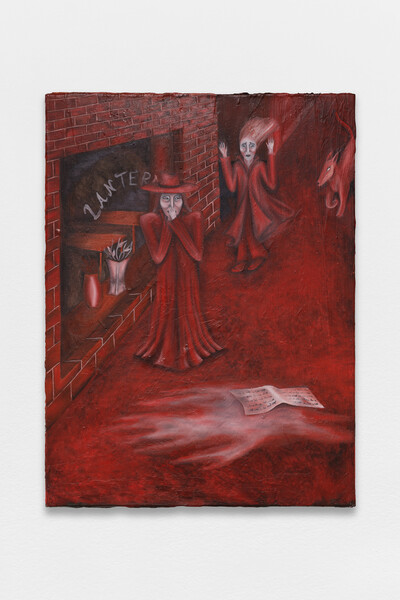