For its second participation in LISTE, Sans titre (2016) proposes a new set of works and installation by British artist Hamish Pearch. Produced especially for the fair, the new works are centered around the idea of a spiralling dinner. Bronze chairs appear to grow and form from the floor, while containers on the table are the entropic site at which forms hold and then dissipate.

Come dignify this feast; you’ll realise that this event has yet to begin but has already finished. All paths leading towards and away from it are possible, and converge on the table; it is un-begun and re-commenced.

Turn off the lights, the parties over, but please take a seat at the table as it begins to curve around Basel’s banquet hall, spiralling towards and away from its black holed center; built to accommodate guests and plus ones.

For starters, you might not glean whether you’ve arrived late or early to the event. Uneaten food stacked precariously within clean crockery lines the dinner table. It’s unclear whether pots of soupy mass have been left uneaten or are ready to be portioned out to guests.

By the end of the main course, the room is swaying - yet no amount of wine can account for what’s happening. Forget molecular gastronomy; here, molecular makeup is unstable. The grand table begins to rotate, corkscrewing before collapsing in on itself at the event horizon. Seating spores from the ground, creating a furniture of primordial rooted networks anticipating your arrival at a later date. Other guests dissipate, disintegrate; disappearing from their seats only to emerge from pots.

Hamish Pearch (b. 1993, London, UK) earned his BFA from Camberwell College of Arts (UAL) in 2015 and received a Postgraduate Diploma from the Royal Academy Schools, London, 2019. 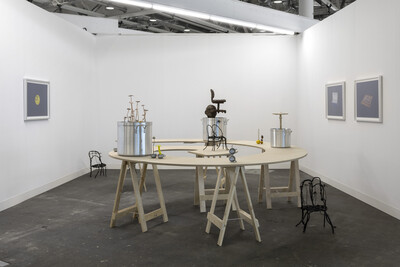 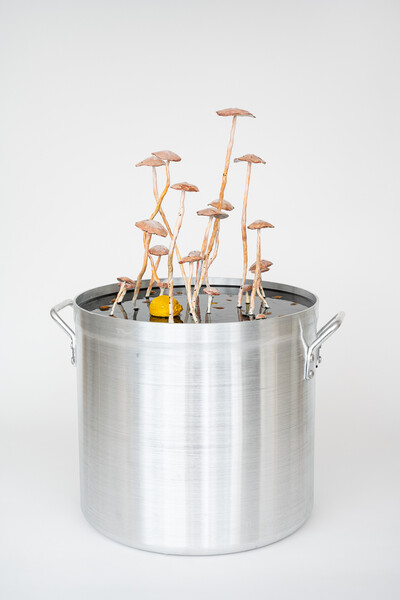 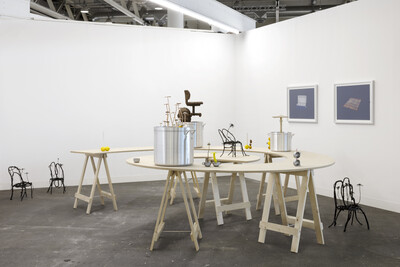 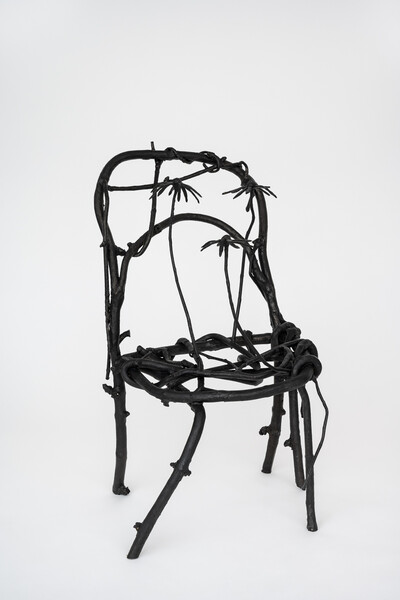 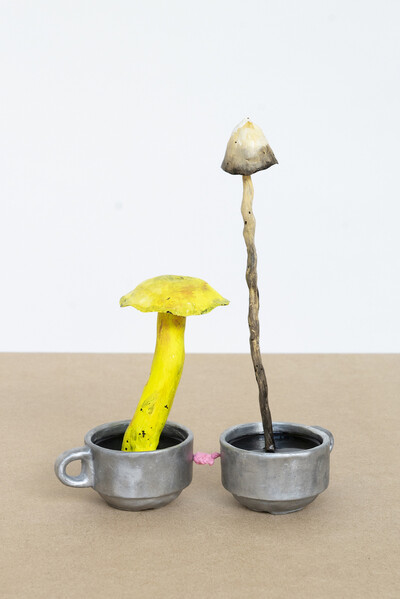 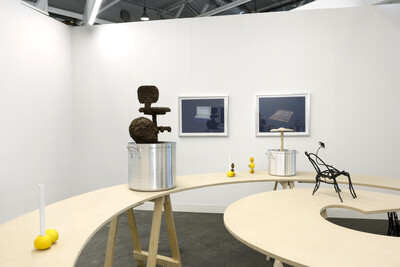 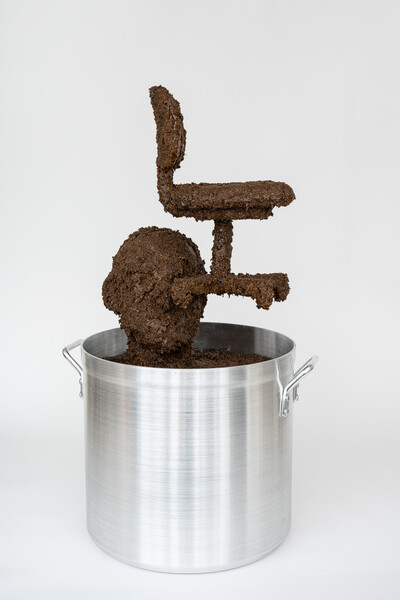 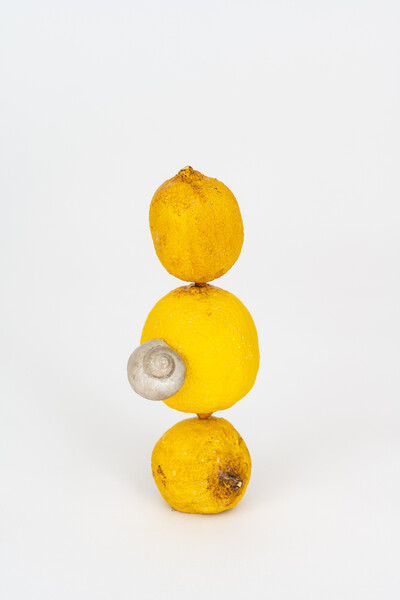 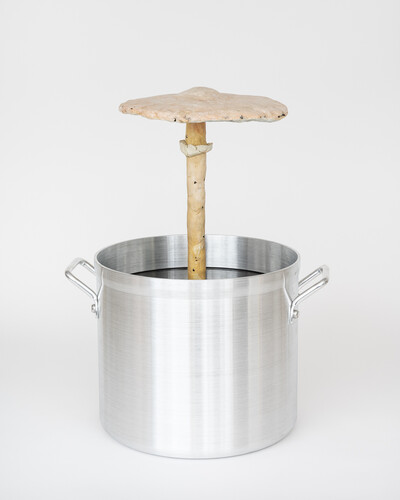 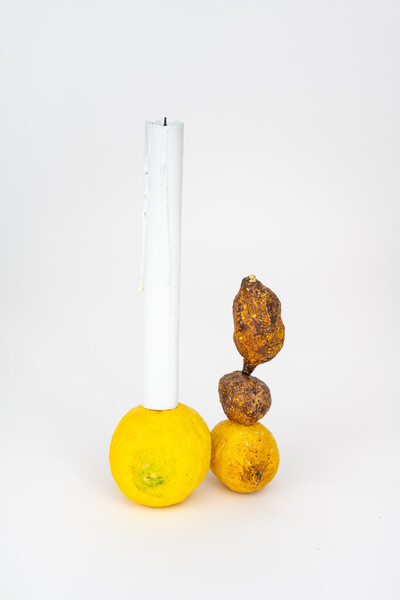 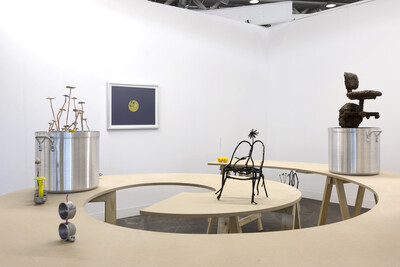 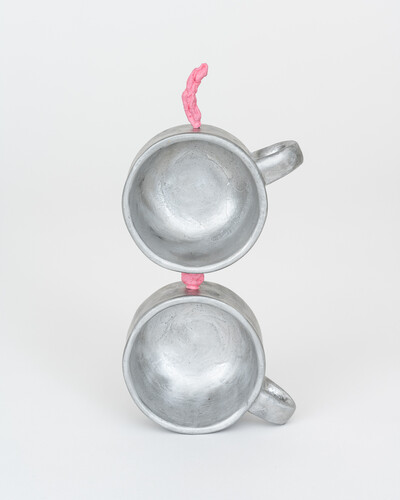 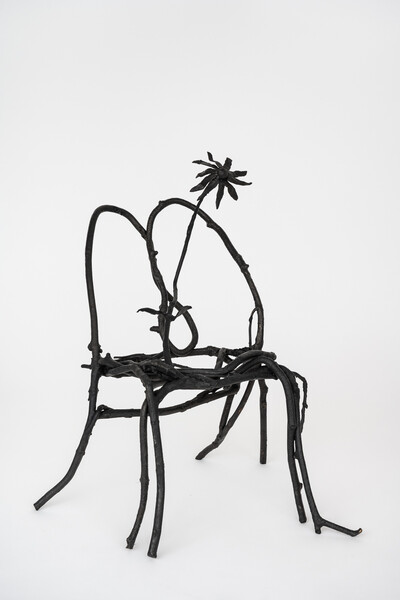 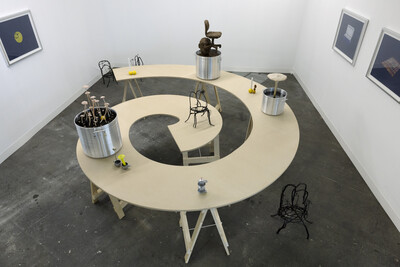 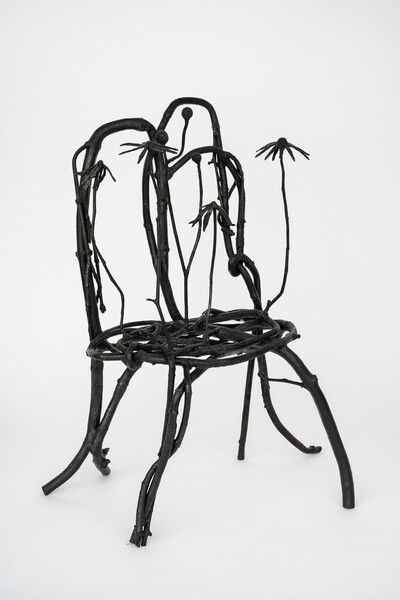 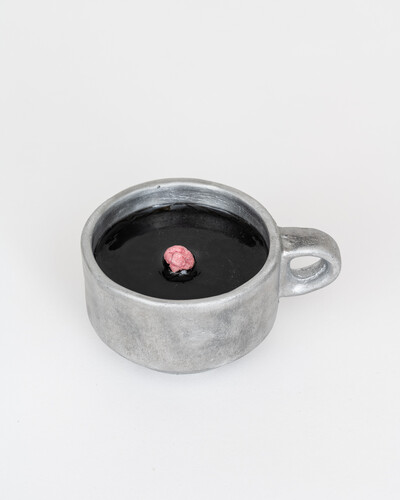