For its first participation at FIAC, Sans titre (2016) is pleased to present « Tread softly because you tread on our dreams » a presentation of new drawings and grisaglia paintings by German artist Agnes Scherer made in collaboration with Paul DD Smith. Drawing has always been of fundamental importance in Scherer’s practice, whether it serves as preparatory work or is directly integrated into her holistic installations, allowing the artist to develop its narrative elements.

For the booth at FIAC 2021, Scherer & DD Smith develop a brand-new strategy of exhibition for their work, allowing the visitor to engage with it a syncretic way. The presentation juxtaposes three wall-based pictorial works with a site-specific installation covering the whole surface of the booth’ floor and is acting as a mirror effect of the works hang on the walls. The images on the floor are actual variation of the hung works - as if, prior to some kind of mysterious fall, they had formerly been up and sitting on the surface of their wall-based counterparts. While the wall-based pictures please the viewer with content that is frivolous, playful and easy to digest, their counterparts on the floor deal with the same topics in more idealistic, intellectual, complex and melancholic ways. Unprotected from the booth visitors’ steps, the pictures on the floor will be covered by trademarks over time and get increasingly uncomfortable to explore. Quoting « Tread softly because you tread on my dreams, » a line borrowed from Yates’ famous poem ‘Aedh Wishes for the Cloths of Heaven’, Scherer refers to the discrepancy that artists experience between the personal motivations behind their art practice and the requirements that come along with producing works for an art fair.

The pencil drawings and grisaglia paintings by Agnes Scherer are framed with Paul DD Smith’s paintings on stretched silk. Scherer and Smith’s crossover interests are quotations and iconography from art history. By collecting references - especially from the Renaissance and Baroque periods - they stage new narratives and they reveal new hierarchical diagrams with a fantastical and sometimes even psychedelic aesthetic. They take inspiration from the excessive and somewhat exhaustive design schemes of the baroque for their own inventions. Using anachronisms and projections, Scherer’s work often illustrates the uncanny ways in which historical systems, economies and roles are reflected in the present. Smith understands the ornament as something that ties erotic forces and by doing so potentially enhances them. In Smith’s work, patterns often veil and frame figures, both channelling the gaze and sending it off on detours. These complex entanglements present ambiguous pleasures of luxuriance and constriction.

The critical concept of this project builds up on a discourse the artists developed on the course of other collaborations they made in the past, « The Nile Set » (presented by Real Positive at COFA Cologne, 2016) and « The Vatel Set » (presented by ChertLüdde, Berlin, 2019). Uniting the forces of their very different but equally narrative visual languages, they address their own working conditions as well as power relationships and hierarchies of display written into the context in which their exhibitions are materialized. Exorcising restrictive circumstances by virtue of a slightly resigned, macabre humor, they seek autonomy and a liberated mode of expression within them.

Agnes Scherer (b. 1985, Germany) lives and works in Berlin, Germany. She studied painting at the Kunstakademie in Düsseldorf under the supervision of professor Peter Doig.
Agnes Scherer’s first operetta ‘Cupid and the Animals’ was granted the Nigel Greenwood Art Prize in 2015 and presented at the Museum Ludwig, Cologne, in 2017 as well as by TRAMPS in London (2017) and New York (2018). In 2019, her second elaborate work within this format, ‘The Teacher’, was presented by Kinderhook & Caracas in Berlin and at Cabaret Voltaire, Zürich, in October 2020. Also in October 2020, Scherer presented the first part of her third operetta project ‘The Salty Testament’ at 1646 in The Hague. The artist’s narrative installation ‘The Very Hungry’ at Horse & Pony was granted the Berlin Art Prize in 2019. She has had galleries solo shows at ChertLüdde, Berlin (2021); at Sans titre (2016), Paris (2020) and at Haverkampf, Berlin (2019). A new body of work by the artist is currently on view at the Kunstverein Dusseldorf. 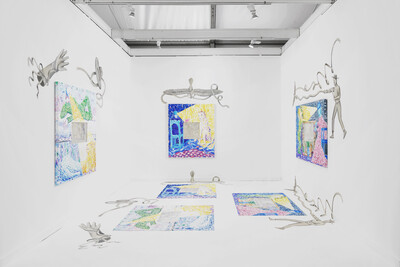 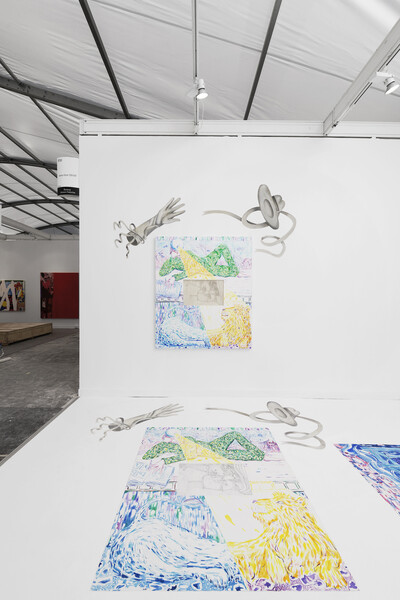 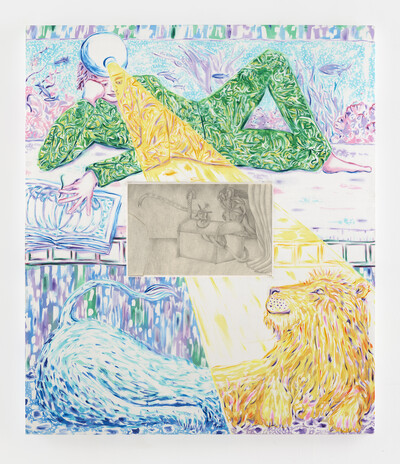 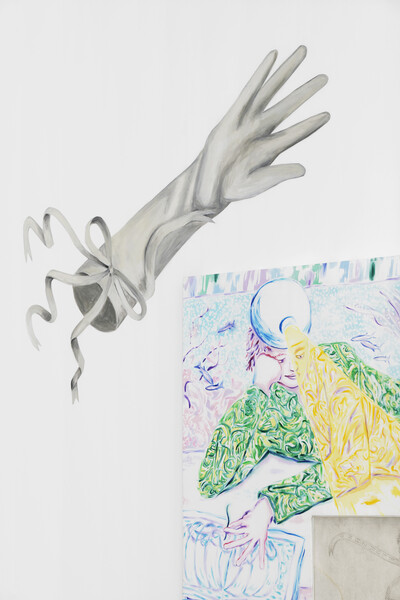 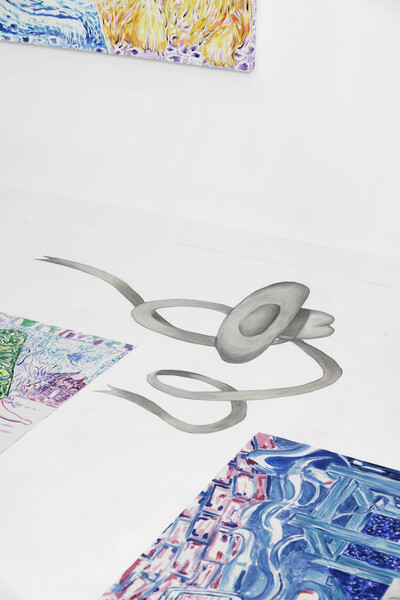 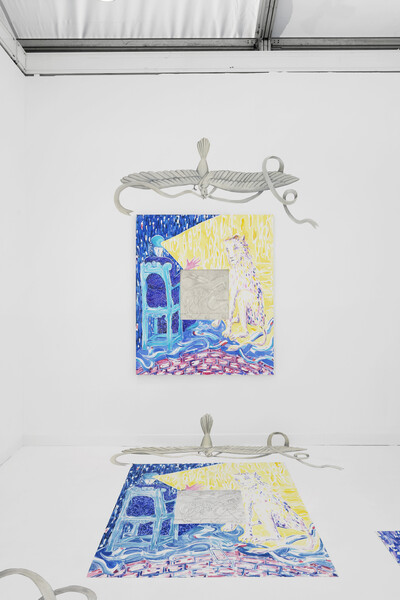 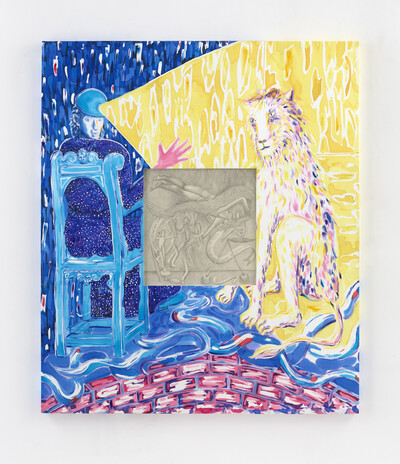 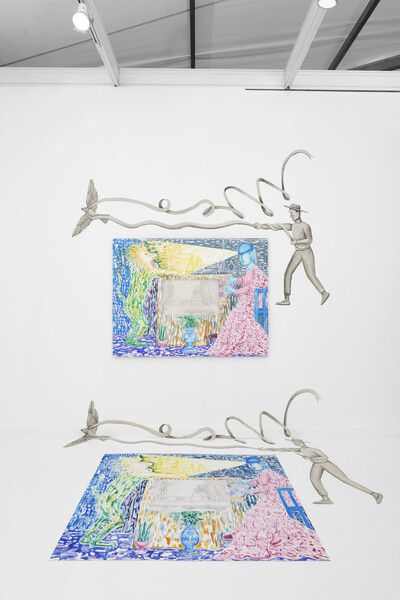 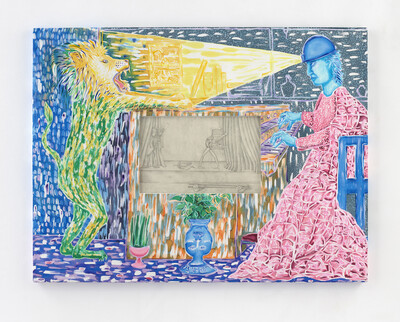 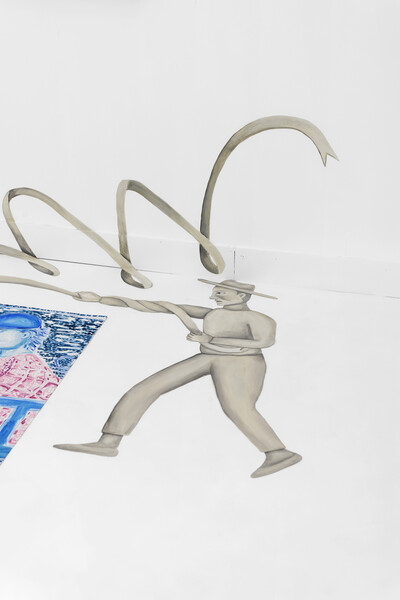 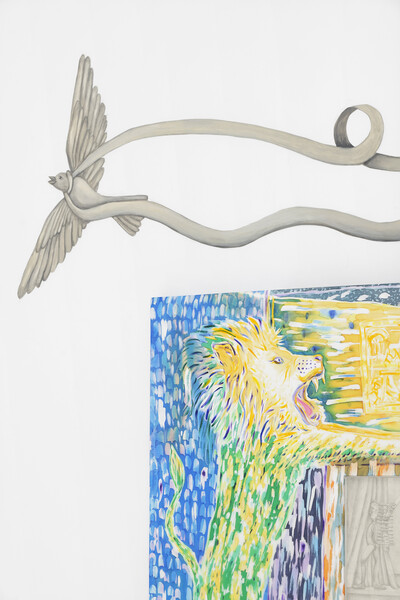