Let’s begin with a detour by via Biamonti in Turin and stop for a few moments at the studio Ezio Gribaudo has occupied since the mid-1970s. The brutalist-style architectural structure (conceived with his architect friend Andrea Bruno) and the internal and external organization of the studio reveal the kaleidoscopic program of Ezio Gribaudo’s oeuvre. Styled as an observation post, the initially bunker-like aspect of the building presents opening axes on all sides, and outgrowths of shapes and reliefs. It is accessed through a garden guarded by a stone brontosaurus, and inhabited by hybrid creatures that seem facetiously attached to their cages, or by incongruous characters holding court freely on pedestals, like the iconic monster Godzilla.

A joyous organized disorder heralds the abundant universe unfolding in this exponential box that is the interior of the atelier. A sinusoidal staircase made from rounded carved wood cutouts that reveal elegant angles and wide steps that serve as a library invites us upstairs. Books and works from all periods cover the walls everywhere. No need to try to impose order; the intertwining and interpenetration of history, practices, images and forms - between “what has existed” and “what is becoming” - are all part of the essence of Gribaudo’s work method. The glass cupola placed above the workroom on the intermediate floor - which floods the works-in-progress with light, covering a printing press - seems to indicate that an exercise of observation of variability (both within and outside the studio) is taking place through the lens of a giant kaleidoscope.

Ezio Gribaudo (b. Turin, 1929) began a career as an artist while simultaneously pursuing activities dedicated to typography, printing, and publishing. From the age of twenty-six in 1955, he worked as a draftsman in the famed Nebiolo foundry and developed his taste for typefaces and printing machines. He learned to process characters on a page and took an interest in new industrial printing technologies. Four years later, in 1959, he was invited to run the Turin-Fratelli Pozzo Moncalieri company (initially specialized in the printing of railway timetables), which he soon transformed into a publishing house dedicated to art, the Edizione d’Arte Fratelli Pozzo. There he would produce major publications including Lucio Fontana’s Devenir (1961). The relationship to the image and the printed text physically insinuates itself in the substance of Gribaudo’s work. Besides the kinship here with the absence of color characteristic of Piero Manzoni’s Achromes painting-sculptures, the first Flani and Logogrifi of Ezio Gribaudo reflect above all his activity as a publisher, and his fascination with new industrial printing processes (monotype and linotype), typefaces, and relief matrices.

These works of great rigor and graphic sobriety - which won the Graphic Arts Award at the Venice Biennale in 1966 and at the Sao Paulo Biennale in Brazil in 1967 - undermine the rational rules of the universe from which they derive. Produced using an embossing system on blotting paper following a press print with a zinc matrix, they maintain a poetic ambiguity through the original and anachronistic use of an associative process of typographic forms culled from diverse sources (newspaper, dictionary, books of architecture or geography, children’s books, etc.). Inspired by logogriphs, riddle games consisting of forming a variety of words through combination and permutation of the letters of an initial word, Ezio Gribaudo’s Logogrifi belong to an equivocal, non-verbal realm, short-circuiting the image in its historical linearity. A repertoire of mnemonic white forms, sometimes textual, sometimes figurative, or topographic (even orographic), reveal the memory and the gravity of an enigmatic world.

The wooden Logogrifi made in the 1980s contain the same semi-abstract and figurative strangeness. A concave object derived from the drawing of a matrix used to produce white Logogrifi in relief, its different hollow stratifications suggest an imaginative exercise inspired by the matter. These engraved wood plates in negative seem to promise a new printing, the engendering of a possible image. The Latin origin of the French word imprégner - which means to saturate with a liquid, such as ink or dye - is impraegnare: to make pregnant, to fertilize. It reveals the vital significance of this “pregnancy” of the image, while the English word “pregnant” has retained the original and full meaning of a fertile state, something in the making. A matrix.

Ezio Gribaudo’s whole oeuvre has evolved in parallel with his role as publisher and supporter of artists of his time. He began to collaborate in 1963 with Fabbri Editions and published more than thirty monographs of artists of the international avant-garde (1) (Le Grande Monografie). He also worked with authors, critics, poets, or other publishing houses like Einaudi. His editorial activity would draw from his insatiable curiosity as well as the free and viral production, to the frantic rhythm of printing machines, of his atelier and his many trips around the world: from Europe to New York, Los Angeles, Egypt, China, Australia, New Zealand, Russia, Mexico, Peru, Arizona, Cuba…

…Such as the time he was invited by the Cuban committee, on the initiative of Wifredo Lam (to whom Gribaudo devoted a monograph in 1970), to participate in the Salón de Mayo 1967 in Havana. While there, he contributed to the collective mural project, born of the revolutionary mood, Cuba Colectiva. Following this trip, he developed a series of luminous paintings of palm trees in a graphic style where the virtuosity of the line of the paint sketch (produced straight out of the paint tube) reveals hollow areas reminiscent of the processes of engraving and printing. From 1965 the artist had been inspired by the graphic qualities of the play of light and shadow, and the shapes of the vegetation and landscapes of Mexico, Arizona and Los Angeles, as demonstrated by the various drawings he produced in colored pencil.

In 1968, Gribaudo designed a series of paintings in tribute to de Chirico, who would never cease to fascinate the artist and publisher, and to whom he would devote three major books. Struck by the modular aspect of de Chirico’s work (who himself proceeded by repetition of a motif), those series comprise a Pop rereading of the work of the master of metaphysical painting, thereby anticipating the homage that Warhol would pay to de Chirico in 1982. This friendship towards de Chirico and the deep knowledge of his work would become the fruit of new experiments. Decontextualized from their original pictorial framework, the subjects borrowed by Gribaudo from the work of de Chirico became graphic forms painted on a neutral and monochrome background without hierarchy of perspective. The tribute, the act of borrowing also becomes an imprint.

For Gribaudo, art is above all a vital and combinatorial process exploring the diversity of the sources of the grand image-maker of the world. At the age of ninety-three, the artist pursues his experiments in transforming the operating forces of the image with the same wonder as ever, as evidenced by one of his latest series of collages mounted on canvas. A joker card triumphs over the porosity of the paper, cheerfully reminding us the game is not yet over.
Gribaudo’s creative and uninhibited freedom and his spirit of independence are the fruits of a dense, itinerant, multifarious life, whose devotion to the book profession and to collaboration was able to safeguard his work’s ingenuity from certain pitfalls and compromises, as his friend Jean Dubuffet remarked back in 1976:

« I am astonished, given the ethos of the era, that you should have devoted so much of your time to your duties as a publisher, all while pursuing the development of this fascinating body of work that could very well resonate loudly with the public. (…) But I find as well that you are right to do it, since in this way you keep yourself from becoming a tributary of the vicissitudes and compromises that all too often beset the very equivocal position of the professional artist. Here too I understand you and I approve of you fully. » (2)

(2) Excerpt from a letter from Jean Dubuffet to Ezio Gribaudo, Paris, June 5th, 1976

Ezio Gribaudo’s artistic production has been awarded a number of prestigious international prizes, among which, the 9th Rome Quadriennale (1965), as well as the Graphic Arts Prize at the 33rd Venice Biennale (1966) and at the 9th São Paulo Art Biennial (1967). In 2011, he was invited to participate in the Italian Pavilion of the 54th Venice Biennale. 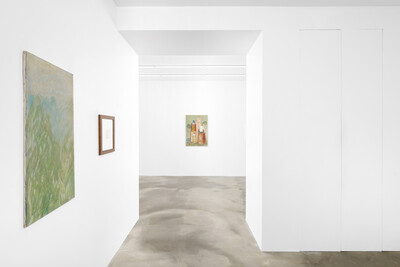 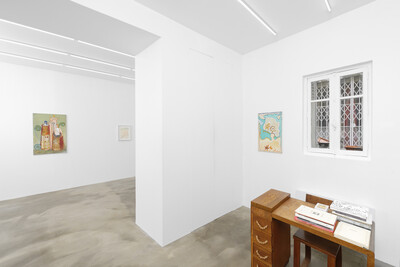 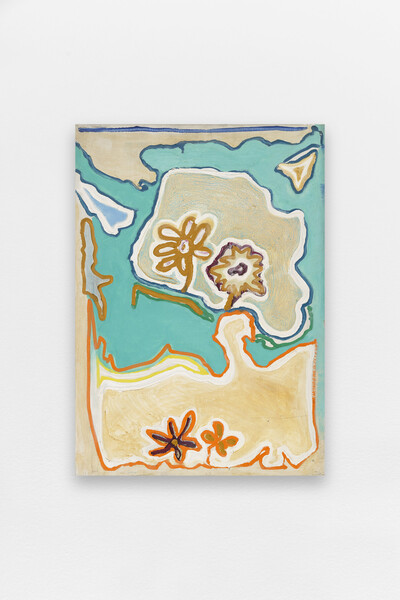 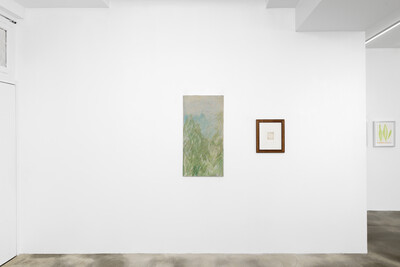 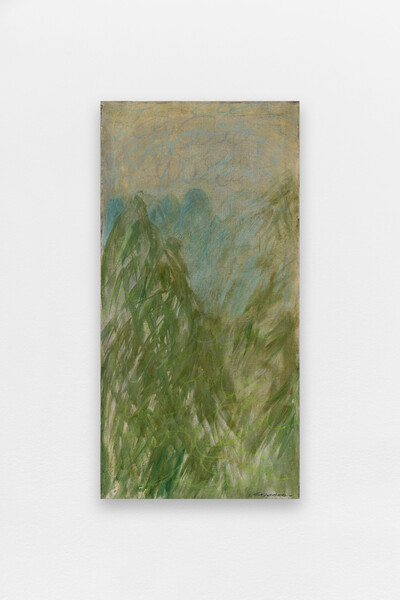 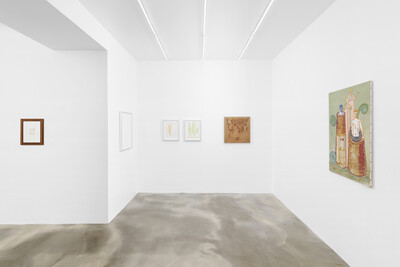 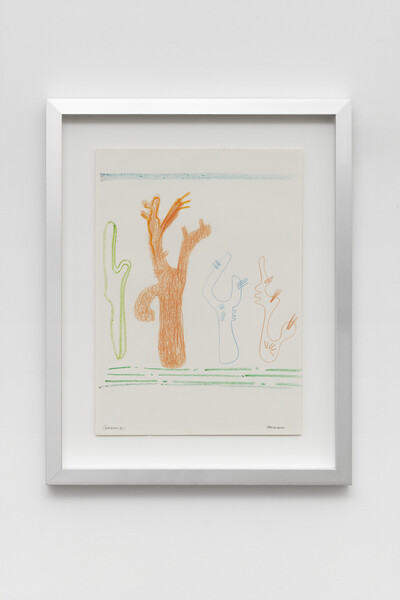 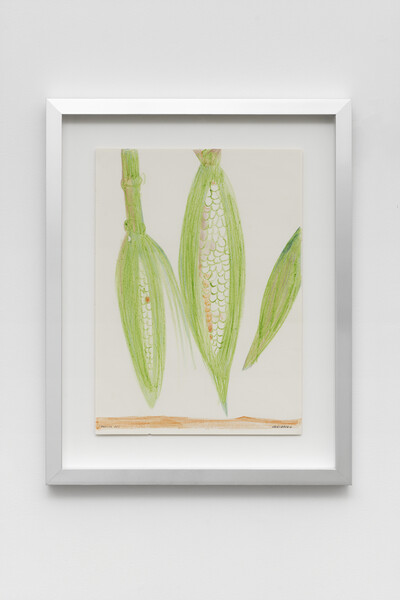 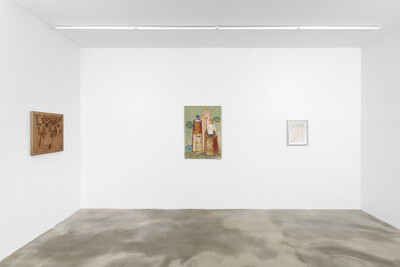 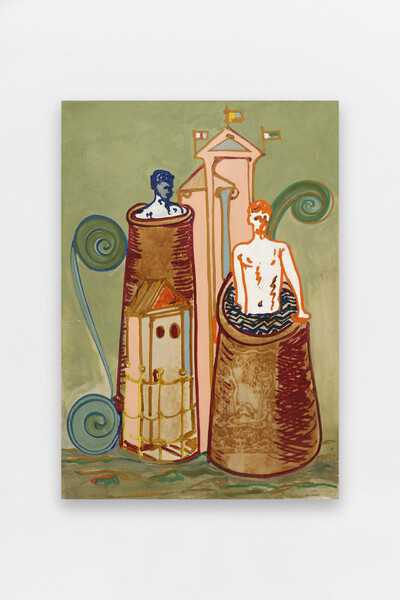 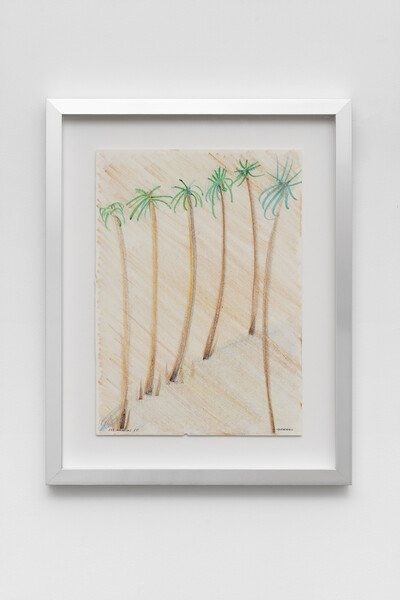 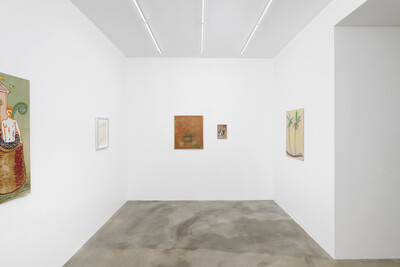 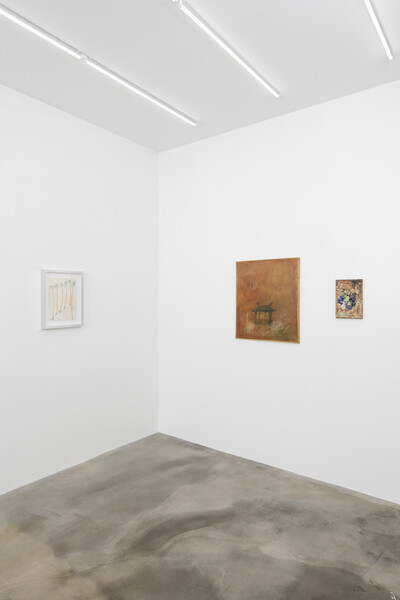 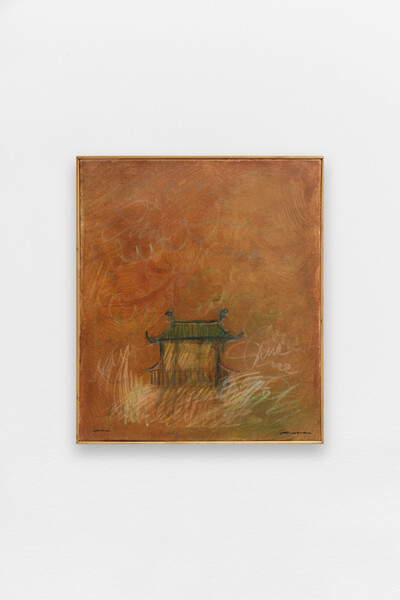 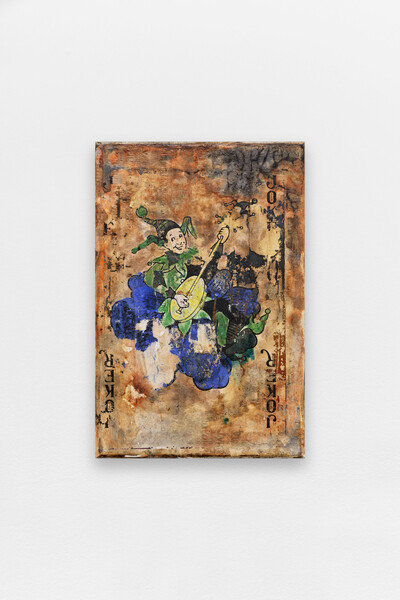 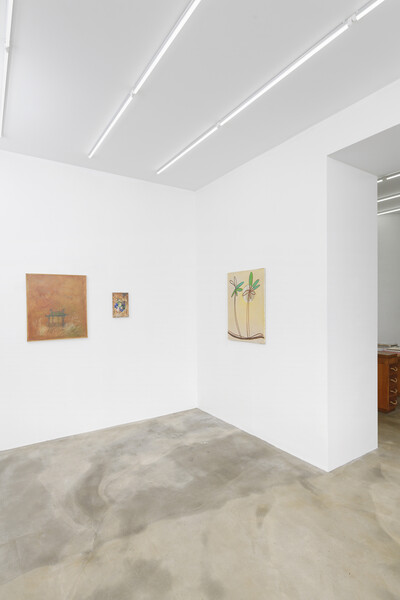 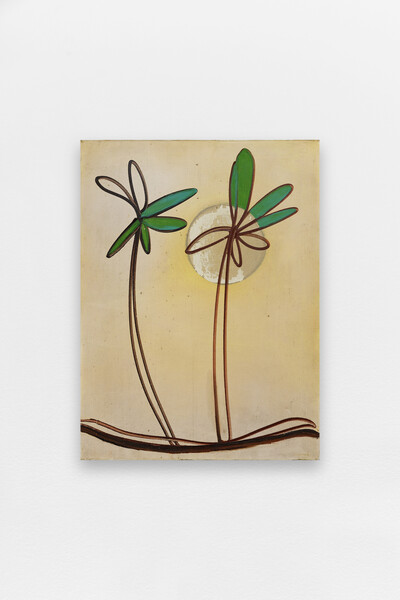 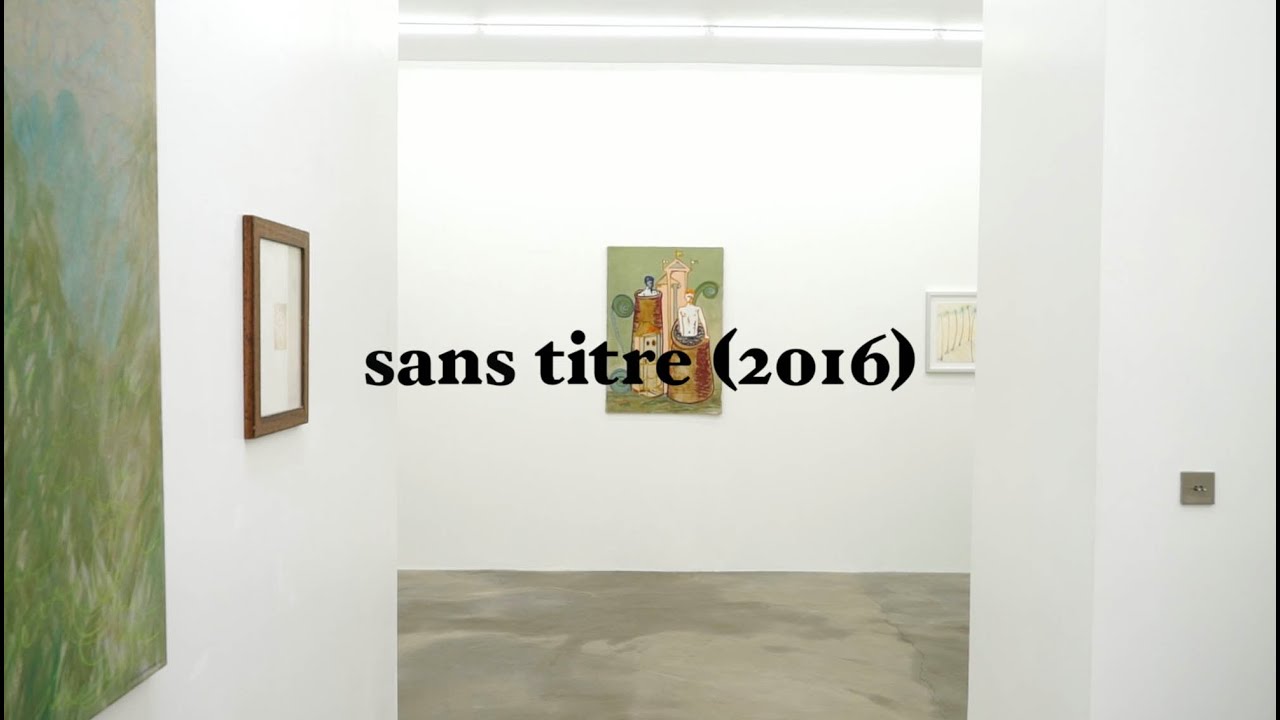