« Bronzed from Silver »
a solo show by Cudelice Brazelton IV

Combining painting, collage, performative sculpture, installation and sound experiments, the artistic practice of Cudelice Brazelton (born 1991 in Dallas, USA; lives and works in Frankfurt, Germany) has its aesthetic roots in contemporary subcultures. Inspired by the DIY and punk movements along with the clubbing scene, he also makes specific reference to the culture of the community where he grew up in Columbus, Ohio. His reflections around police brutality in the United States and the protest movements that have ensued in recent months are demonstrated in his symbolic collage Dark City (2020), featuring photos he took of an overturned police bus in front of a black-painted, cube-shaped building bearing the inscription “City. » Brazelton is also developing a study on the textures of colored bodies, using, as a medium for his paintings, synthetic leathers evoking skin, derived from second-hand clothes found here and there. The tones of his recent canvases thus oscillate between black, brown and purple, all three associated with the representation of colored skins.

Popular culture emerges as one of the cornerstones of Cudelice Brazelton’s work, especially when he refers to the fundamental role of hairdressers or barbers, through the use of cosmetic images. This is the case for the collage Two-Tone Drip (2020), where acrylic paint overlaps with images of hair clippings. To polish his sculptures, the artist uses the famous Murray’s styling pomade, a hair product widely used in the Black community. In his book Les Gestes (1999), the Czech philosopher Vilem Flusser compares the act of shaving to that of gardening because, in his eyes, cosmetic upkeep (beard-trimming, for example) and lawn care both derive from suburban fashions and trends.

For his recent work, Cudelice Brazelton has used forms evoking industrial or artisanal tools, suggesting the potentiality of a performance or a theater set. It is “the coat that cleaves the space,” writes Henri Michaux in La Vie dans les Plis (1949), recalling that an exhibition space is above all a module of infinite possibilities of activations. The importance of the theatrical setting, visual or auditory, seems to deeply shape the artist’s artistic approach. In such a way, for his works Barb and Silver Affairs (2020), painting and collage intervene upon a reflective aluminum surface where the body is at once represented and reflected. His stalagmite-shaped totems, titled Organ (2021), appear as long, dramatic Giacomettian figures, covered in bronze and tipped in the form of a pyrography needle. Brazelton also attaches specific importance to sound, whether it is industrial and metallic, as when he records at construction sites in Munich, or linked to a natural environment, like that captured near a sulfurous waterfall in the heart of the mountains of Georgia, where the artist did a research residency. Often audible from outside, these sound experiments act as an autonomous soundscape.

Finally, the work of Cudelice Brazelton seems to be inspired by “cut and paste” techniques. The use of the « cut » can here be auditory — via the sample, or visual — via literal cutting, assembly, and pasting. The artist echoes the « cut-ups and permutations” theorized in the 1960s by Brion Gysin to define a form of visual copy-paste where words and images are cut and then reassembled in a new order. But the cut and paste appears also in metal, a material that Brazelton uses extensively. He grew up beside the large industrial steel plants of the Rust Belt of the American Midwest; it’s no wonder the influence of these steelworks factories on his practice is considerable. For example, Counterpoint (2020) features a print on a metal plate depicting an ear pierced by sparks from a grinder, thus uniting references to subcultures and the industrial world.

Martha Kirszenbaum is a curator and writer based in Paris. She was the curator of the French Pavillon of the 58th Venice Biennale and the founding director of Fahrenheit, LA. 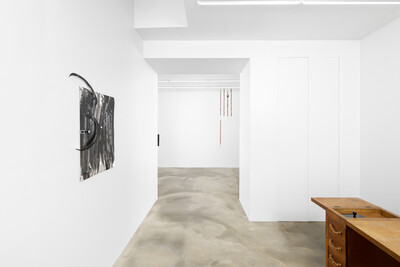 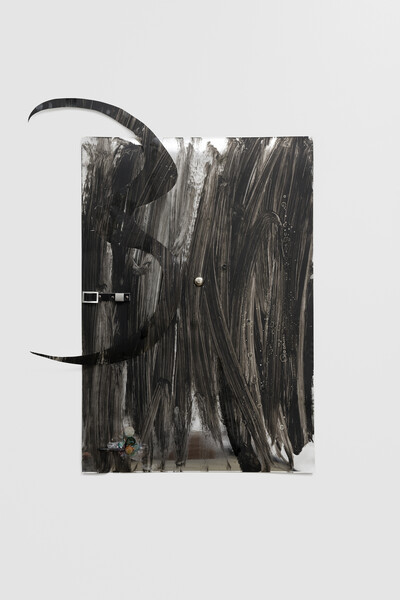 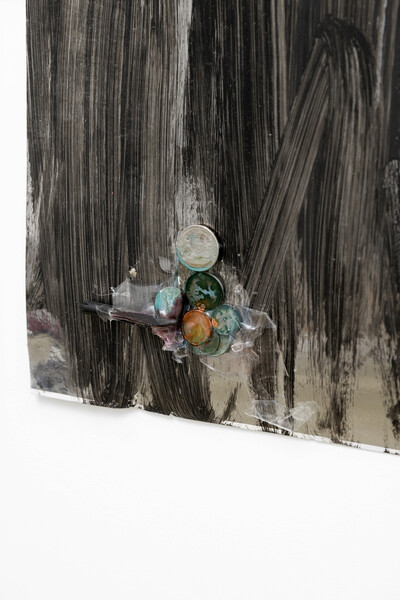 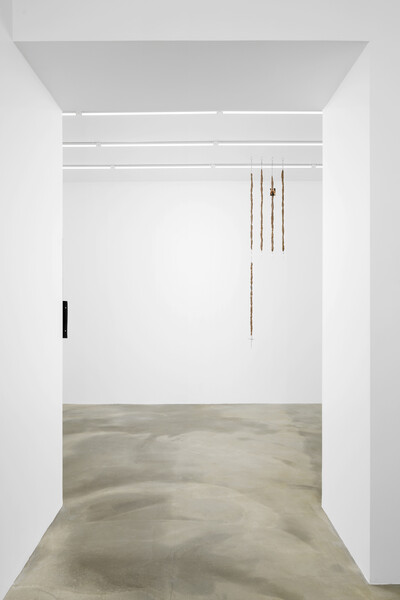 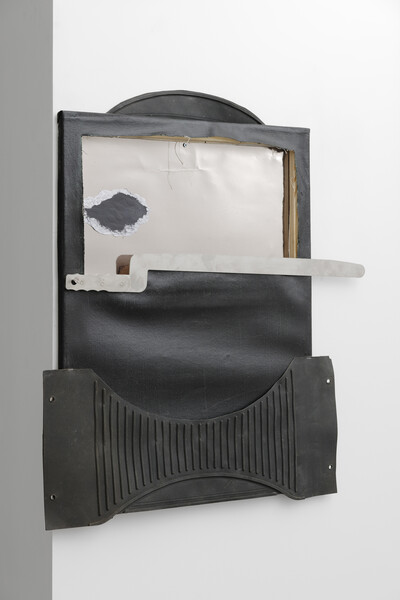 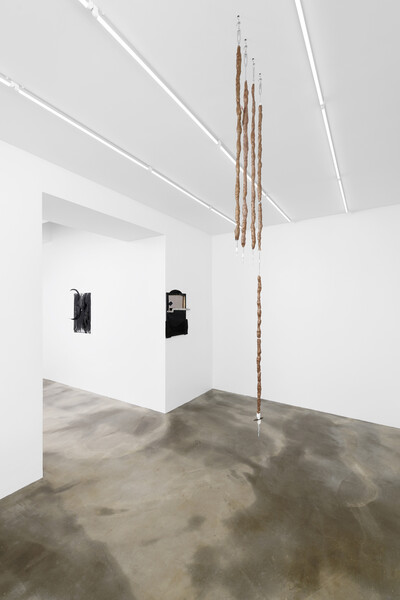 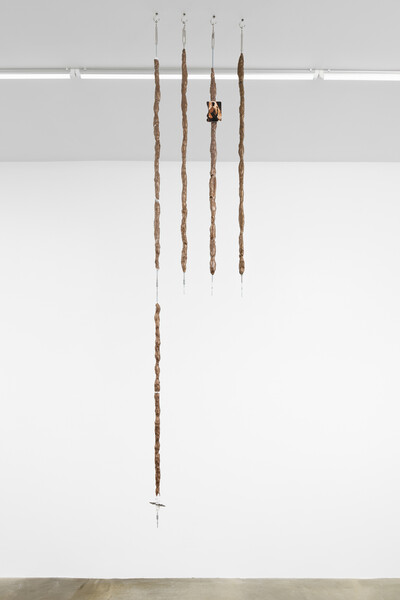 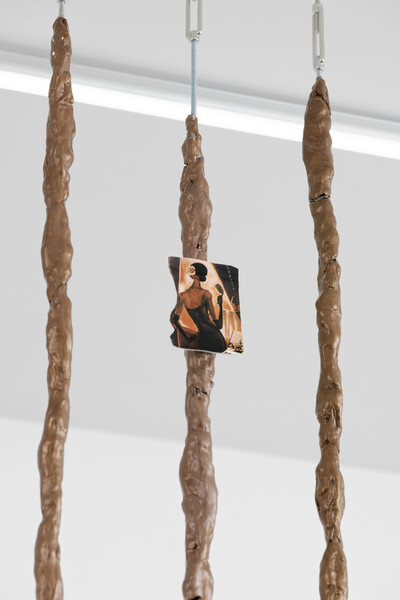 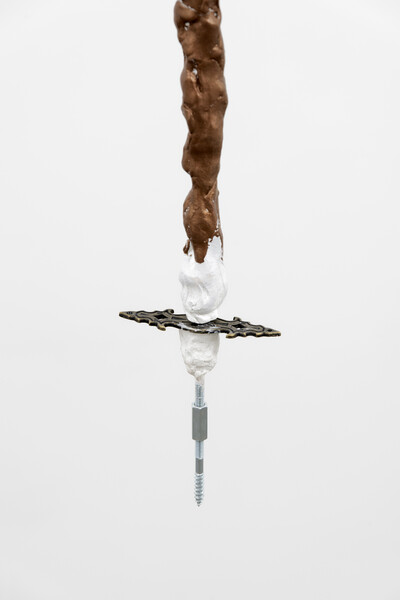 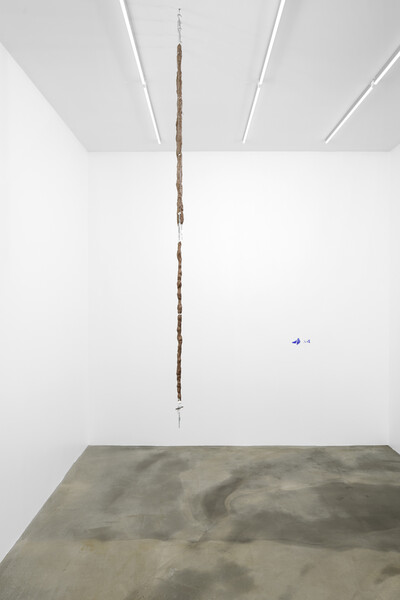 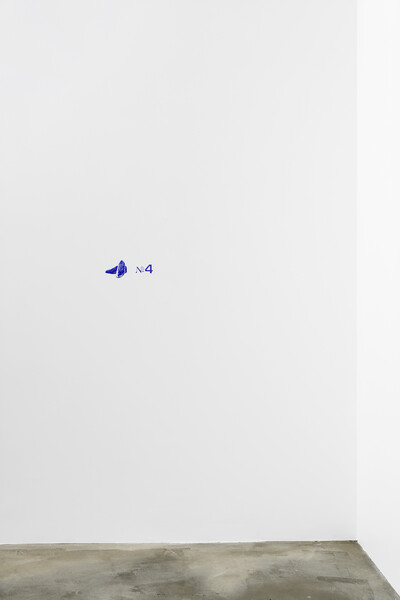 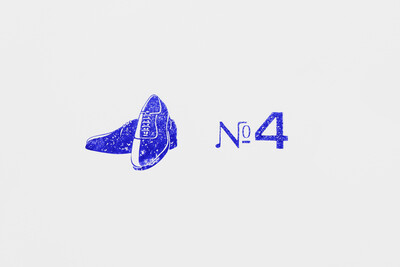 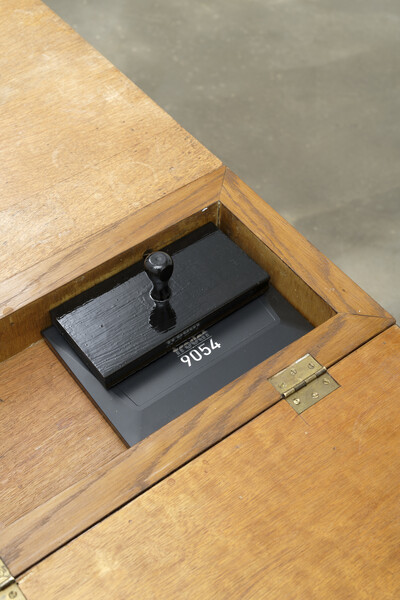 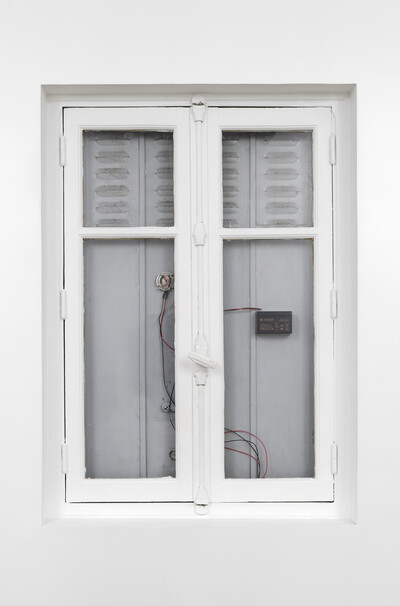 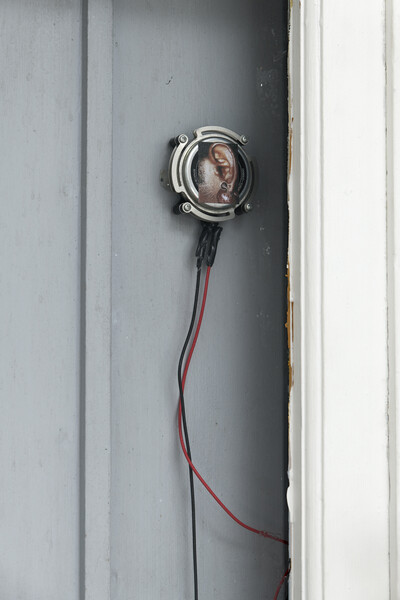 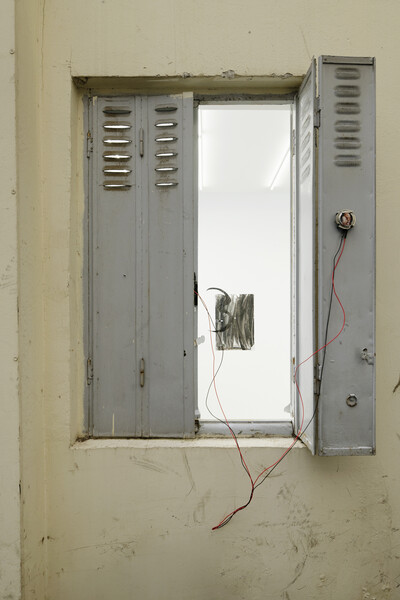 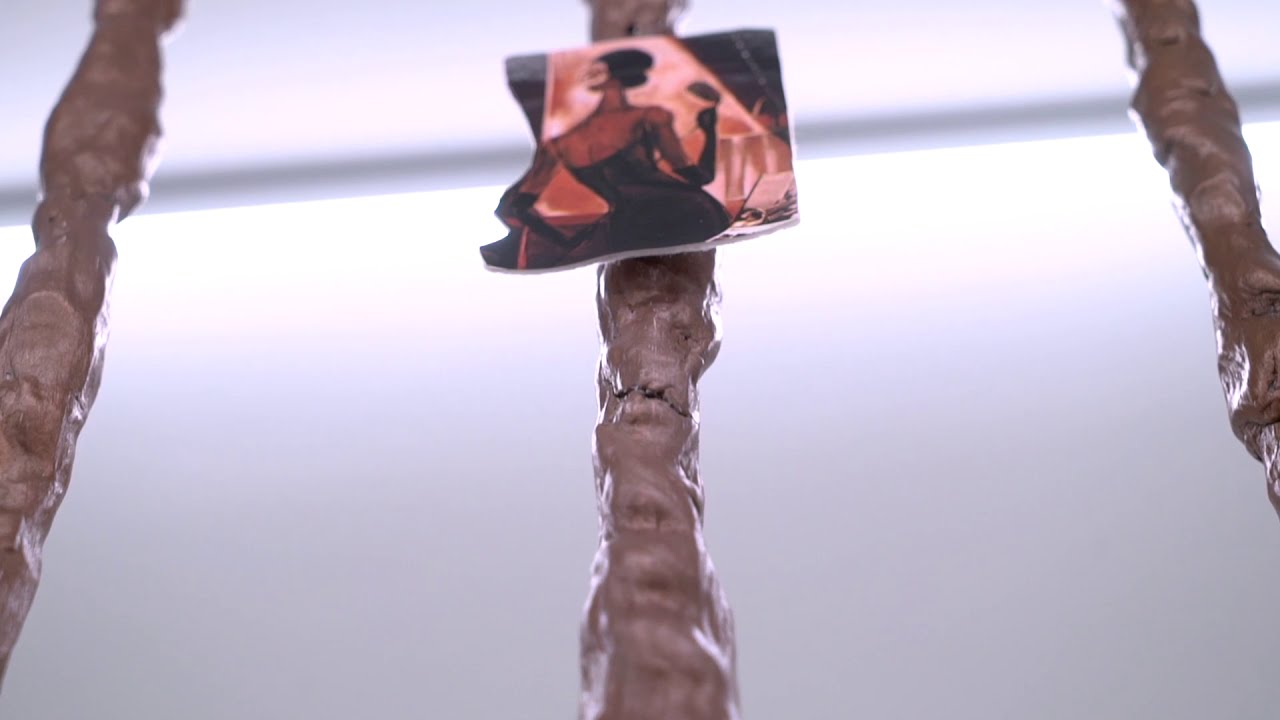