Condo: « The Clean Carcass of the Host », Mexico City

Paloma Proudfoot (b.1992) makes shells. Pouring slip into the cavity of the mould, allowing the plaster pores to suck in the moisture of an outer clay strata before leaving the inner volume of slip to run out of its core; the fountain of language and slippery matter drained. These are empty eggs, eels without organs, skin without fruit.
Concave cheeks, deflated bellies, protruding spouts and pupil-like cavities interrupt the ovoid impenetrability of these ceramic husks. Not quite broken, they are still aspiring, just falling slightly short. However, these failings become virtues, the shallows and openings transform these objects into vessels, creating opportunities to fill their emptiness. The lacquer of glaze, with its dark stain and dribbles that cluster in the grooves, emphasises these defects, like lipstick smudged on crooked teeth. Tipped up, bulging over and teasing they take on a new seduction. Cherries spill and burst from the openings, moulding over time while bath salts crystallise around their forms.
She is not a cool observer. If her sculpture sits behind the veil of shame, my performance work, made in collaboration with artist and choreographer Aniela Piasecka, beckons it forth, daring it to break its silence. The clothes and sculpture she makes are drawn into their storytelling.
They are touched, sullied and broken.

George Rouy (b.1994)’s dancing and fighting figures curl and contort into the confines of the canvas boundary. Rouy’s grouped figurations more often than not appear as one mass, a tangle of disproportioned limbs and features. Rather than showing an explicit narrative, the seductive rendering of form and shape in his works takes on metaphorical significance: “The tilted heads in some of the figures make a reference to frustration and things being broken. I would say every series has an awareness for what’s currently going on, both in myself and in the world,” he says. “I like to depict a sense of beauty paired with darkness, either within their expression or pose. I am quite specific with these poses and it takes me a while to get the right balance.” Rouy’s vibrating color palette focuses our attention on his unique rendering of human form, although these are recognisably male or female depictions, Rouy’s paired down warpings give his subjects, be it human or animal, a primal or alien ’otherness’.

« The Clean Carcass of the Host » refers to a quote of Michel Serres : ‘We are parasites; thus we clothe ourselves. Thus we live within tents of skins like the gods within their tabernacles. Look at him well-dressed and adorned, magnificent: he shows – he showed – the clean carcass of his host. Of the soft parasite you can see only the clean-shaven face and the hands, sometimes without their kid gloves”

This exhibition reflects common influences in the works of the two young British artists, especially in their vision of an elsewhere and its myths. « The Clean Carcass of the Host » evokes shamanism, eeriness and the magical forces that transform the everyday life objects in evil-minded or benevolent spirits depending on the artist’s state of mind. The corsets recall an enhanced feminity but also the fragility of its matter. The eels plunging under the skirts are both arousing and disgusting. The beheaded snakes evoke a reaction to anger and betrayal while being extremely erotic. All those forms and objects are ritualized and provide a level of experience not ordinarily available to the conscious mind. 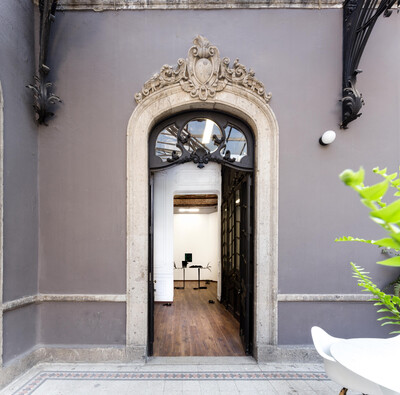 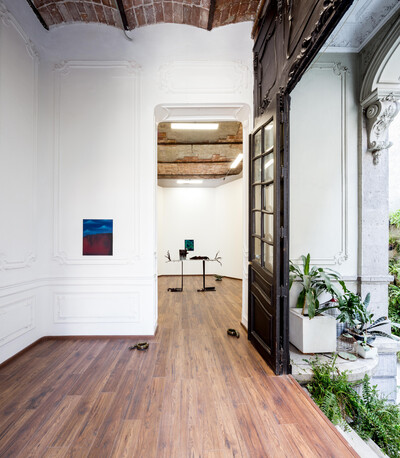 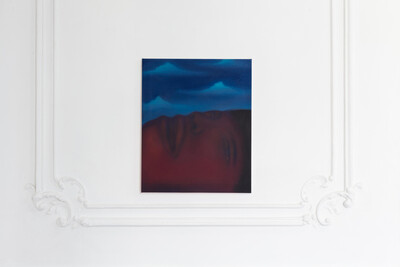 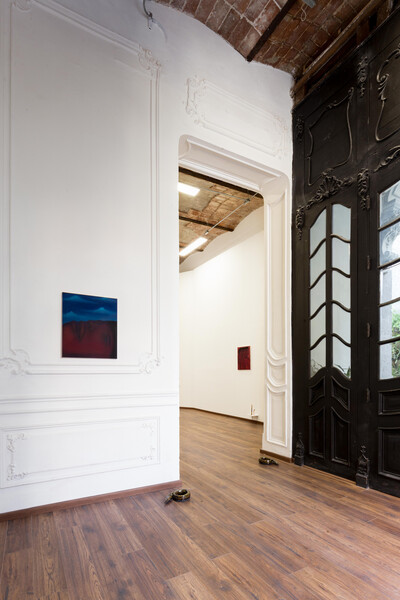 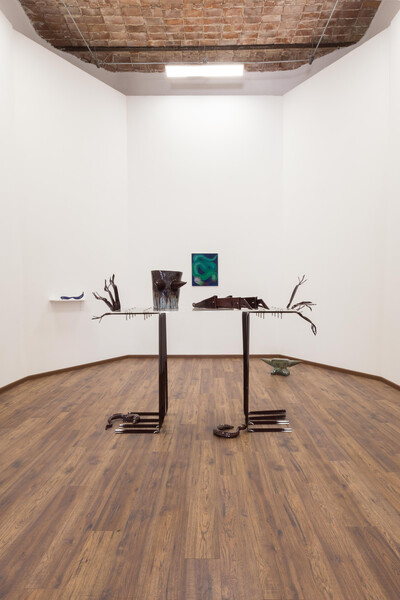 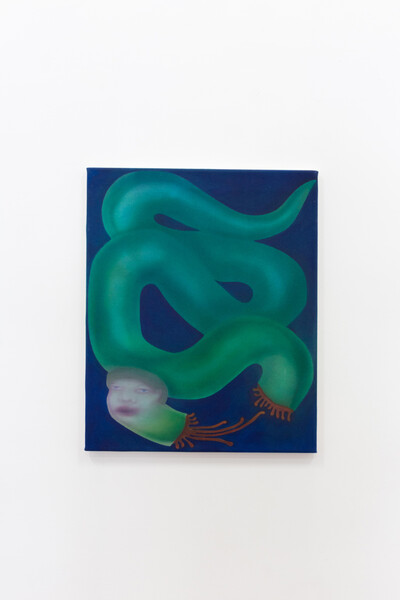 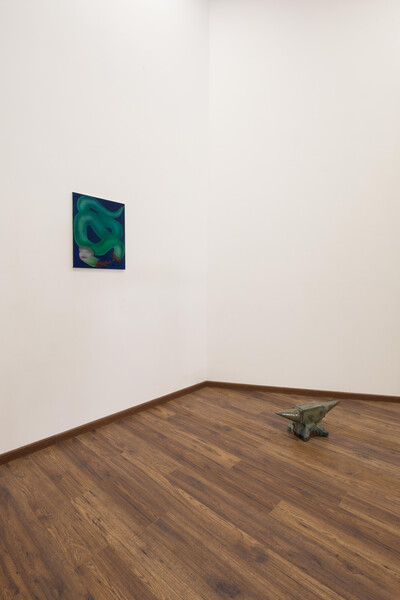 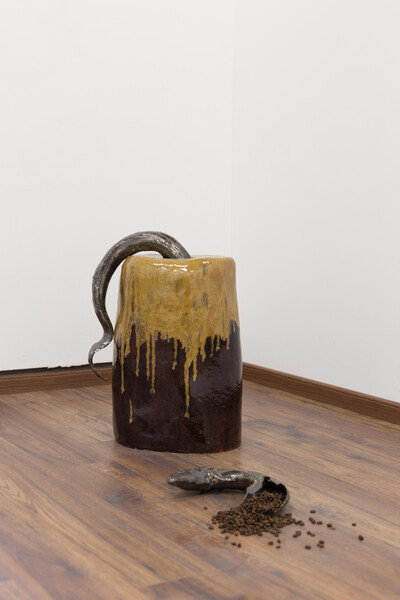 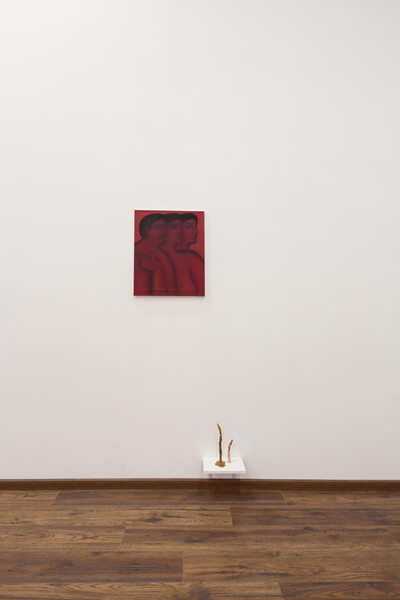 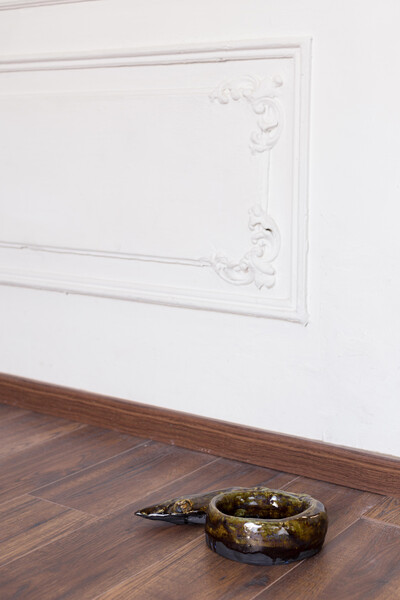 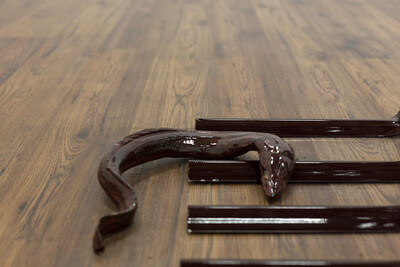 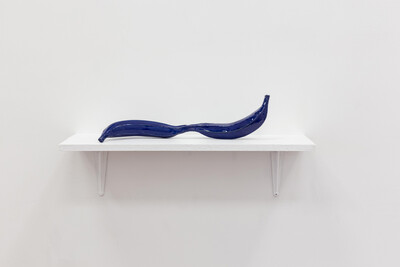 Paloma Proudfoot, To the Limits of its Meaning (for Lindsey), 2018 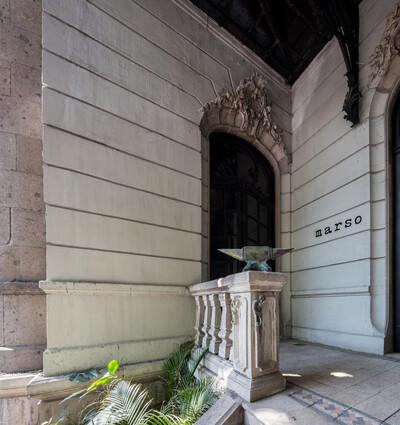 Paloma Proudfoot, We Will Drink Water and Walk Slowly, 2018